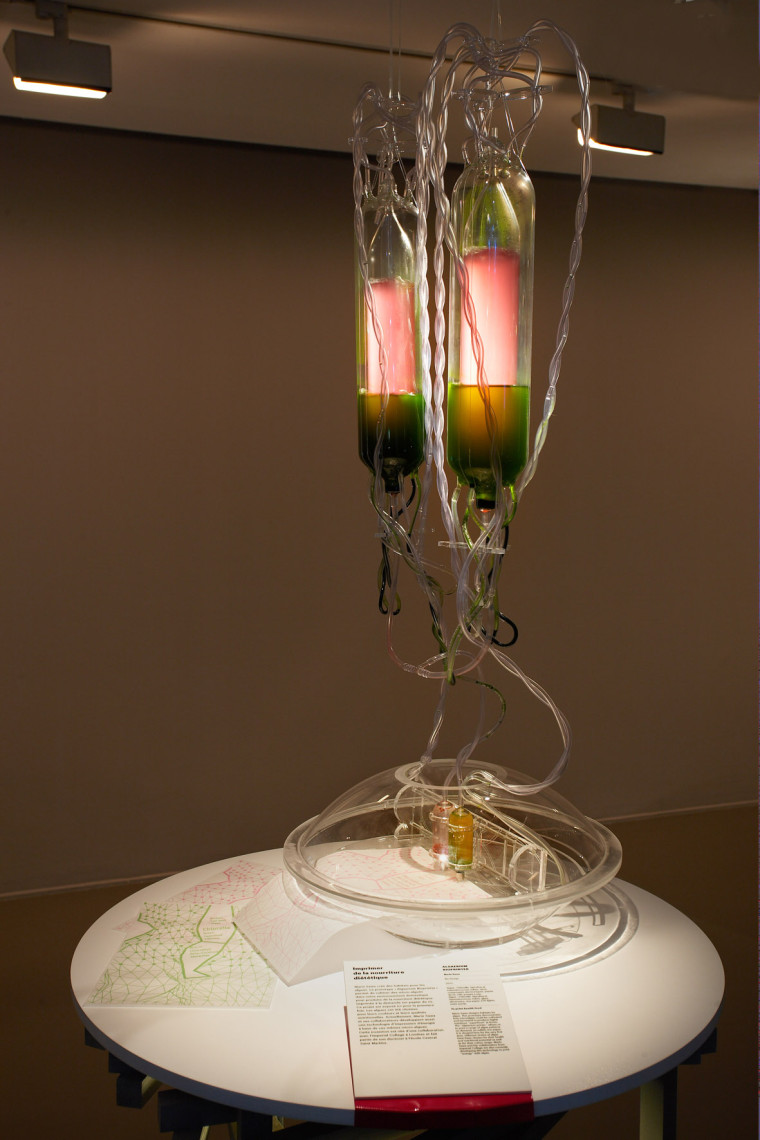 The ‘Algaerium Bioprinter’ prototype demonstrates how microalgae can be cultivated in our domestic space to provide digitally printed health food on demand. This project refers to my previous work, which explored the aesthetic and functions of microalgae living systems. Here, Algaerium acts as an ink reservoir, containing ‘superfood’ microalgae such as Chlorella, Spirulina and Haematococcus. The selection of the algae strains reflects the diversity of colours in algae and allows for colourful printed patterns. Often algaes’ colours also indicate their nutraceutical values. For instance, Chlorella is exploited as health food for its high content of chlorophylls, responsible for its green pigmentation. Such species are cultivated on industrial scale and are increasingly in demand in today’s global health food market. 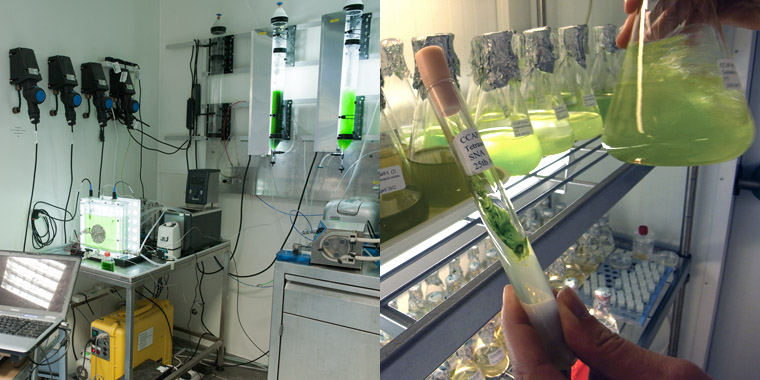 The Bioprinter envisions an immediate future in which algae ‘farming’ forms a new part of urban agriculture to reinforce food safety in our cities.

My project aims at adapting this industrial-scale production to a domestic technology. For this, I have been working in collaboration with Imperial College London to develop a new inkjet printing technology suitable for algae printing. By introducing living microalgae to food printing, we have invented a new way of consuming health food supplements. At micro scale, the Bioprinter technology provides a process in which cells can be ruptured and their nutrients can be readily absorbed.  At macro scale, the Bioprinter envisions an immediate future in which algae ‘farming’ forms a new part of urban agriculture to reinforce food safety in our cities. We are also currently developing the technology to print algal-based energy devices as well as filtering devices. This research is part of my doctoral research at Central Saint Martins College of Arts and Design in London in collaboration with Imperial College London.