To mimic patterns in plant growth to produce architectural structures 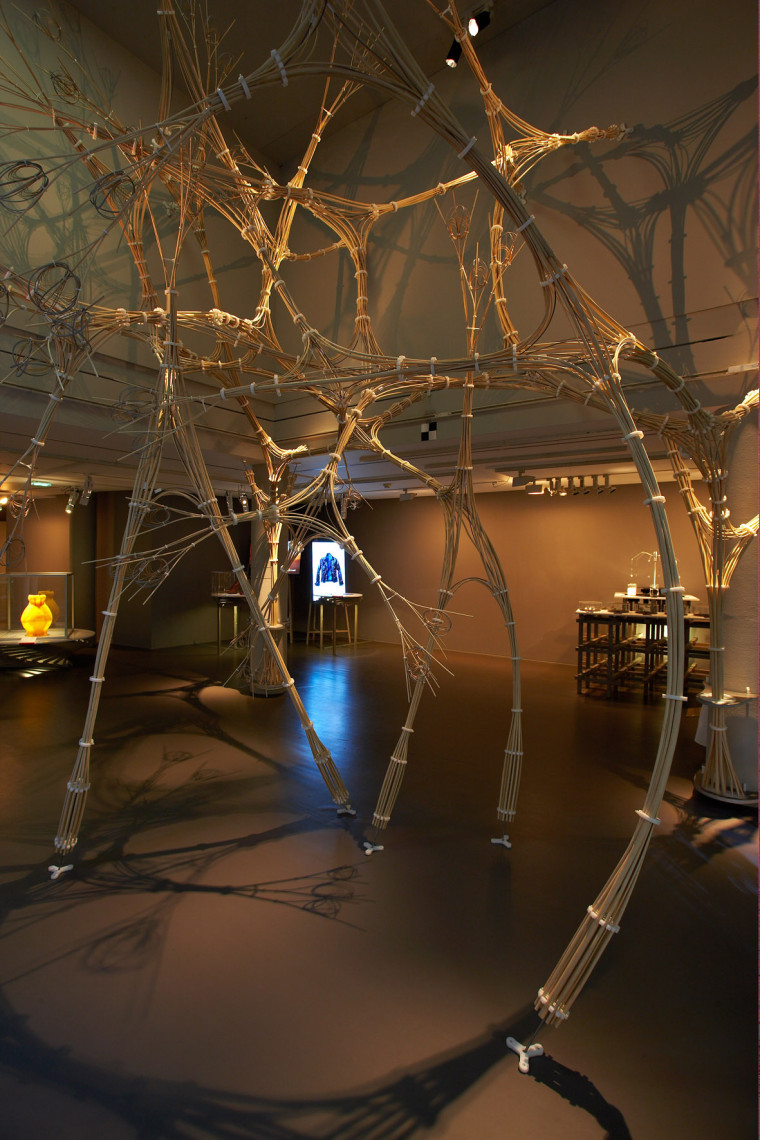 The concept of ‘The Rise’ is the idea of a growing architecture. Like a bush the installation has its own internal growth patterns that guide the material in a highly distributed aggregation of modules that keep branching off and multiplying. The installation looks at distributed systems as an alternative to traditional structural systems. Where contemporary design approaches in architecture have difficulties in conceptualising complex systems, we grow a multitude of intersecting members that together create a structural network system. In this vision, architecture is not a static, formalist proposition – instead, it continuously adapts to the dynamics of its surroundings while growing into form. 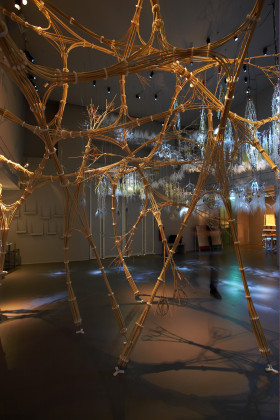 The architectural structure grows in response to its environment, extending and directing with the variations of light in the space, the gravity and its contact to the surroundings.

The installation learns from the way plants respond to their environment and mimics their ways of building structural performance cell by cell. ‘The Rise’ directly emulates natural plant growth processes where properties called tropisms – such as those reacting to light (phototropism), gravity (geotropism) or touch (thigmotropism) – trigger the production of auxin – a hormone that directs new cellular growth and coordinates the emergence of the plant’s shape. In ‘The Rise’, virtual auxins are activated in response to the gallery space through programmed ‘algorithmic tropisms’. The architectural structure grows in response to its environment, extending and directing with the variations of light in the space, the gravity and its contact to the surroundings. The installation utilises the pliability of rattan core – a traditional material used for furniture and baskets. Where the materials of architecture are often understood as stiff, in ‘The Rise’, the bending capacity of the materials is leveraged as a design opportunity and a means to reach the performance of natural growth.