Future Venice: growing an artificial reef under the city 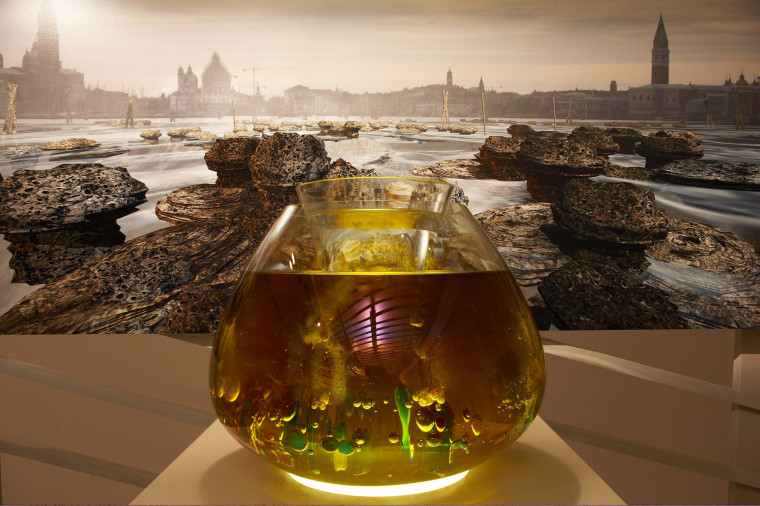 Venice is situated in north eastern Italy where the Po delta meets the Venice lagoon by the Adriatic Sea. Built on soft soils, with foundations supported by wood piles, Venice is repeatedly battered by the elements, flooded by periodic acqua alta (high waters) and desiccated by the sun. This ferociously unstable environment poses an insurmountable set of conditions for a fragile architecture. Venice has weathered its environment for three centuries and its unique buildings have been actively eroded. 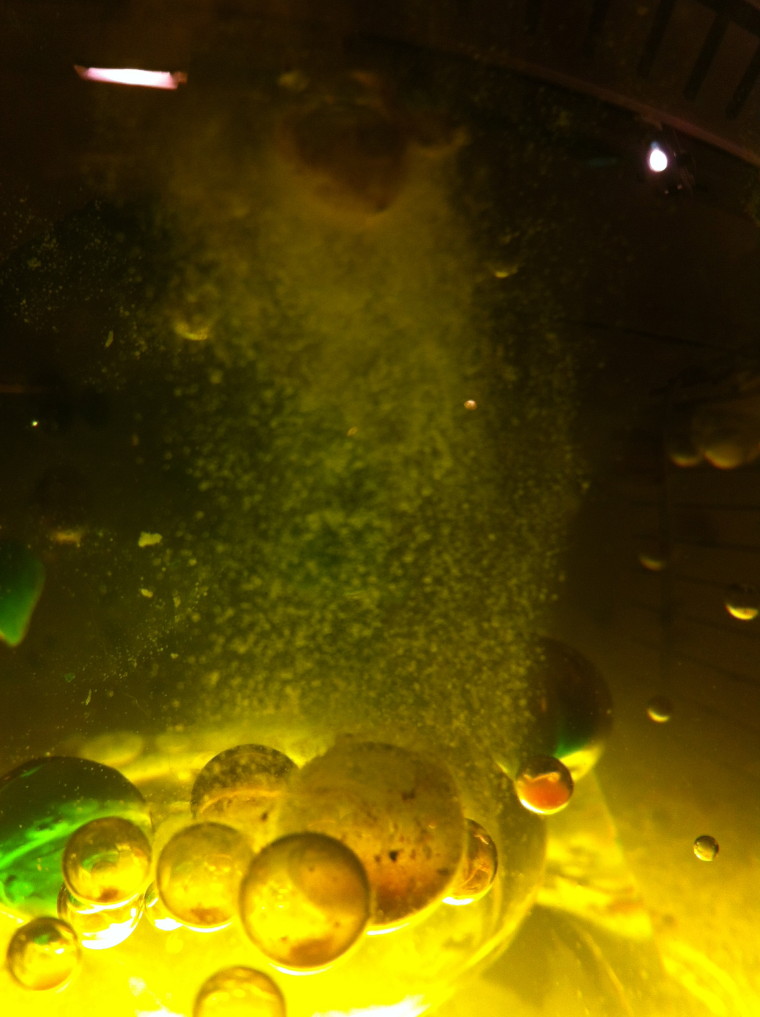 Protocells could be used to grow an artificial limestone reef underneath the Venetian foundations.

Future Venice is an architectural project that proposes to couple the synthetic activity of artificial and natural systems within the lagoon to sustainably reinforce the foundations of the city. The key element of this proposal is to apply ‘living technology’, namely protocells, which are chemical agents that behave in lifelike ways without having the full status of being ‘alive’. Protocells do not have a central biological program such as DNA to guide them, yet they can act as a dynamic fabric, and could be used to grow an artificial limestone reef underneath the Venetian foundations. The technology takes the form of ‘smart’ droplets that are based on the chemical dynamics of oil and water. They are programmed to use dissolved carbon dioxide and minerals to build up materials. Although they are autonomous, the droplets can be guided using a chemical language, which also connects with the biological world. The protocells may also provide other benefits, such as improving the water quality in the lagoon and providing rich micro-environmental niches for Venice’s marine wildlife to thrive in. Different kinds of droplets may provide a rich, dynamic material that enables the city no longer be a passive object in its struggle for survival but an active ‘living’ participant in co-constructing its future alongside humans.